In memory of Max Liebermann, artist and former owner/resident of our space, Stiftung Brandenburger Tor highlights the work of contemporary artists in its exhibition series im Atelier Liebermann. Inspired by the fact that Max Liebermann’s famous attic studio, a centre of contemporary art production in its time, was once located here on the premises before its destruction in the Second World War, our chosen exhibition format places the focus on the creative process: in Liebermann’s imaginary studio the exhibiting artists reveal what inspires their artistic work and what work in the studio looks like. They pursue lines of inquiry regarding the significance of the studio in today’s art world. The series is overseen by advisory board member Prof. Dr. Wulf Herzogenrath, while the individual exhibitions are curated by the artists themselves, in collaboration with the foundation’s exhibition team.

In 2020, Gerhard Richter (*1932) is our featured guest at Max Liebermann Haus, with his Atlas–Übersicht 1:2 (2016), a work that grants an inside view of the creative process in an almost unparalleled manner: „If you can’t paint everything, then at least this is a possibility to show all the images,“ as Gerhard Richter describes the basic idea behind Atlas.

From the mid-1960s, Gerhard Richter initially preserved his collected materials in drawers and folders. Some time later, he began to revisit the reference images behind his works with a critical eye, gathering all those photographs and newspaper clippings that were or may have been important for his paintings and affixing them to cardboard in meticulous arrangements.  In 1972, he exhibited these so-called plates for the first time, at Utrecht’s Museum Hedendaagse Kunst, under the title Atlas. Ever since then, Atlas has accompanied Gerhard Richter’s creative life as a work in progress – reflecting, inspiring, providing order, documenting – and rendering Atlas a key to understanding Richter’s mental world. As an independent work of art in its own right, Atlas invites viewers to stroll through Richter’s universe of imagery with a sense of wonder – revisiting the familiar and discovering the new.

From the original 343 plates, the pool of images has grown in the meantime to encompass 809 plates featuring more than 8,000 individual motifs. In addition to photographs and newspaper clippings, the artist has expanded the work to include collages and sketches as well.

Both Atlas and Atlas-Übersicht 1:2 can be found today in the Städtische Galerie at Lenbachhaus and Kunstbau München. In the scope of Stiftung Brandenburger Tor’s exhibition, one can experience a scaled-down version of Atlas-Übersicht 1:2, revised and reproduced under Richter’s supervision, and presented here for the first time in Europe.

2017 saw the first exhibitions in the series, featuring work by Daniel Richter/Jack Bilbo and Wolfgang Petrick, followed in 2018 by exhibitions from Leiko Ikemura/Donata and Wim Wenders, as well as Nanne Meyer. Most recently, in 2019, the foundation presented an exhibition of works by video artist Bjørn Melhus.

Free of charge for ages 18 and under

Edition
To accompany the exhibition im Atelier Liebermann: Gerhard Richter – Atlas-Übersicht 1:2 (2016), Stiftung Brandenburger Tor is publishing a special edition signed by the artist, available for purchase for 1,500€ (including VAT). You can find more information on the publication here. 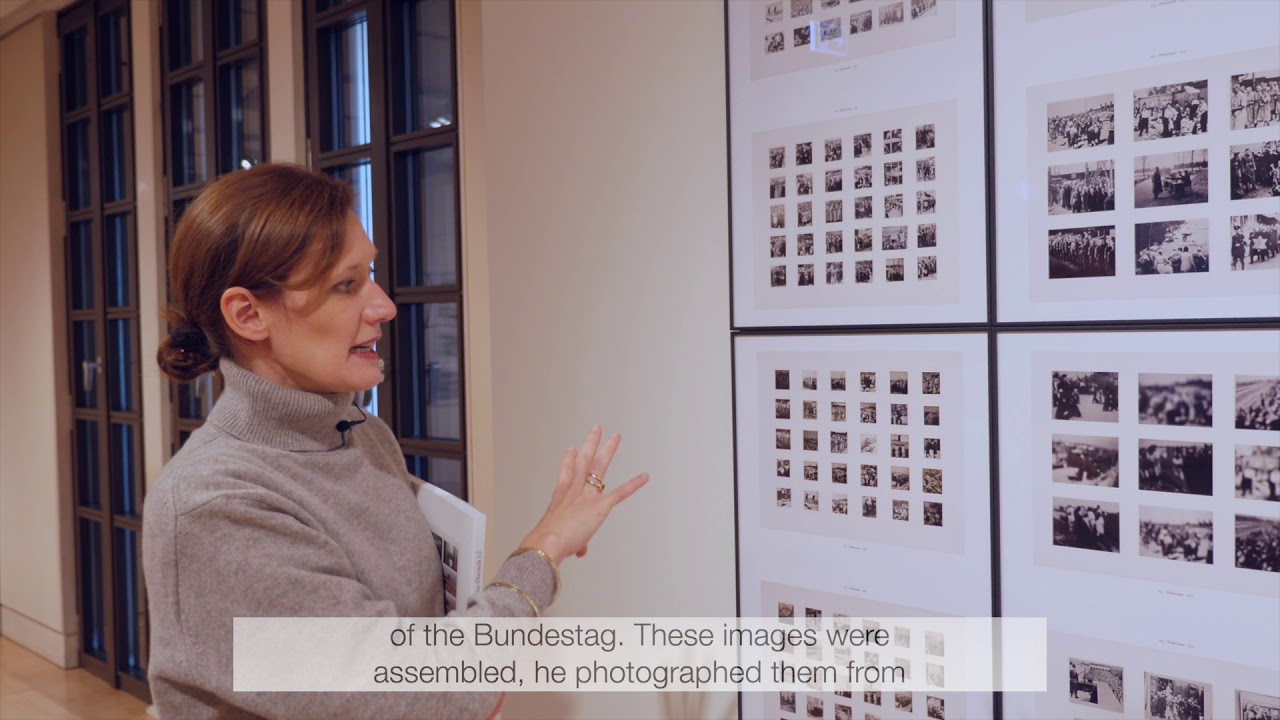 In our Art Break event format, employees of the Stiftung Brandenburger Tor have so far presented their favorite works of the respective exhibition on site during a short art break. Despite the closing of the exhibition rooms, we would like to continue this good old tradition and invite you to a virtual tour. 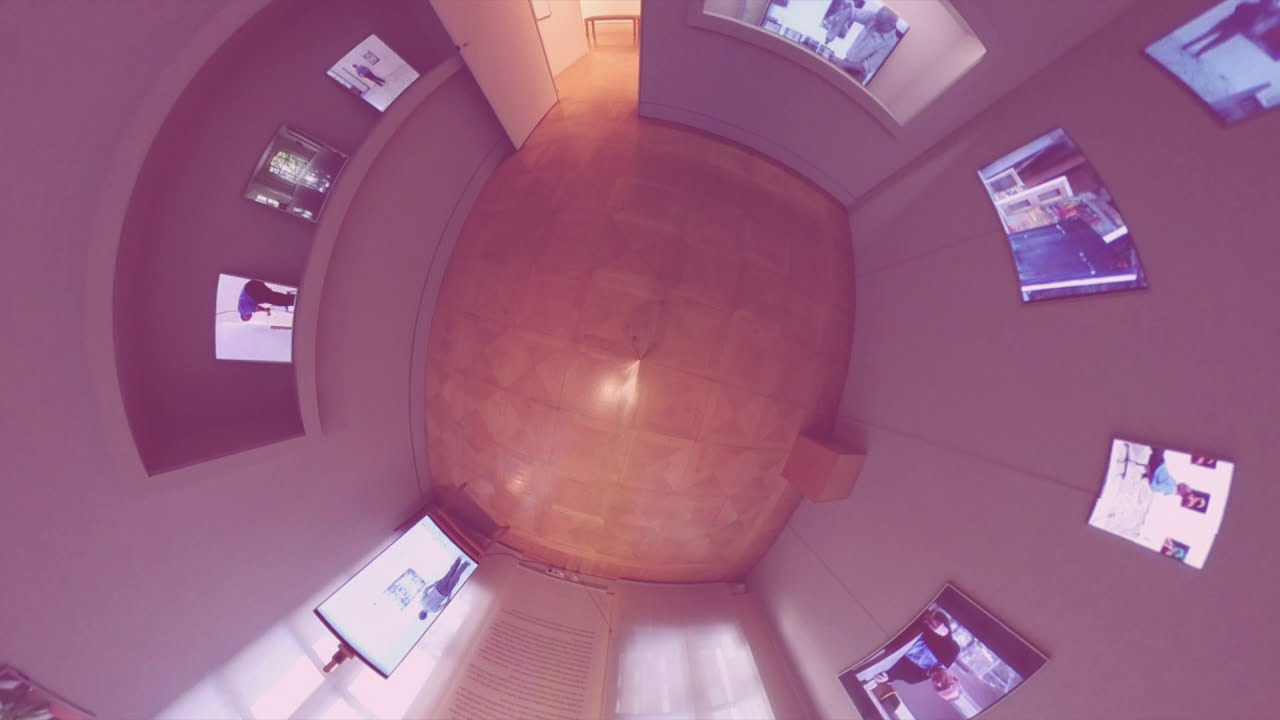 At the suggestion of filmmaker Henning Lohner, Gerhard Richter and he decided in 1989 to explore together the idea of a „film image“ – a photographic moving image. For this project, Richter and Lohner met regularly in the studio from 1990 to 1994 and tried out various ideas. In the Art Break accompanying the exhibition im Atelier Liebermann: Gerhard Richter.Atlas-Übersicht 1:2 (2016) , there is further background information on the collaboration between the two artists and visual insights into this process. 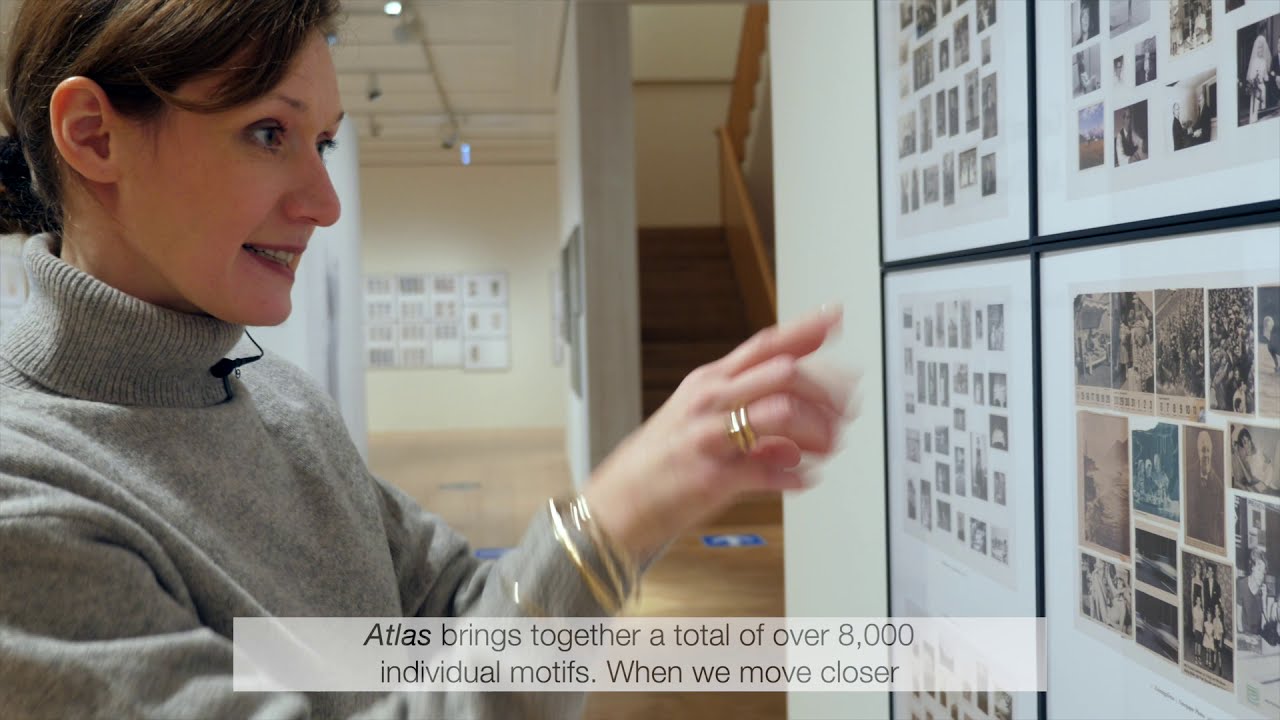 The collection of material that has accompanied Richter’s work since the 1960s in the form of the atlas is both a source of inspiration and a system of order, making it a key work for his understanding. At the same time, however, the atlas series also serves as a collection of actual and possible pictorial models. Especially on the early plates, a large number of direct models can still be identified. In this Art Break, Dr. Evelyn Wöldicke gives an insight into the motif world of the first panels of the Atlas. 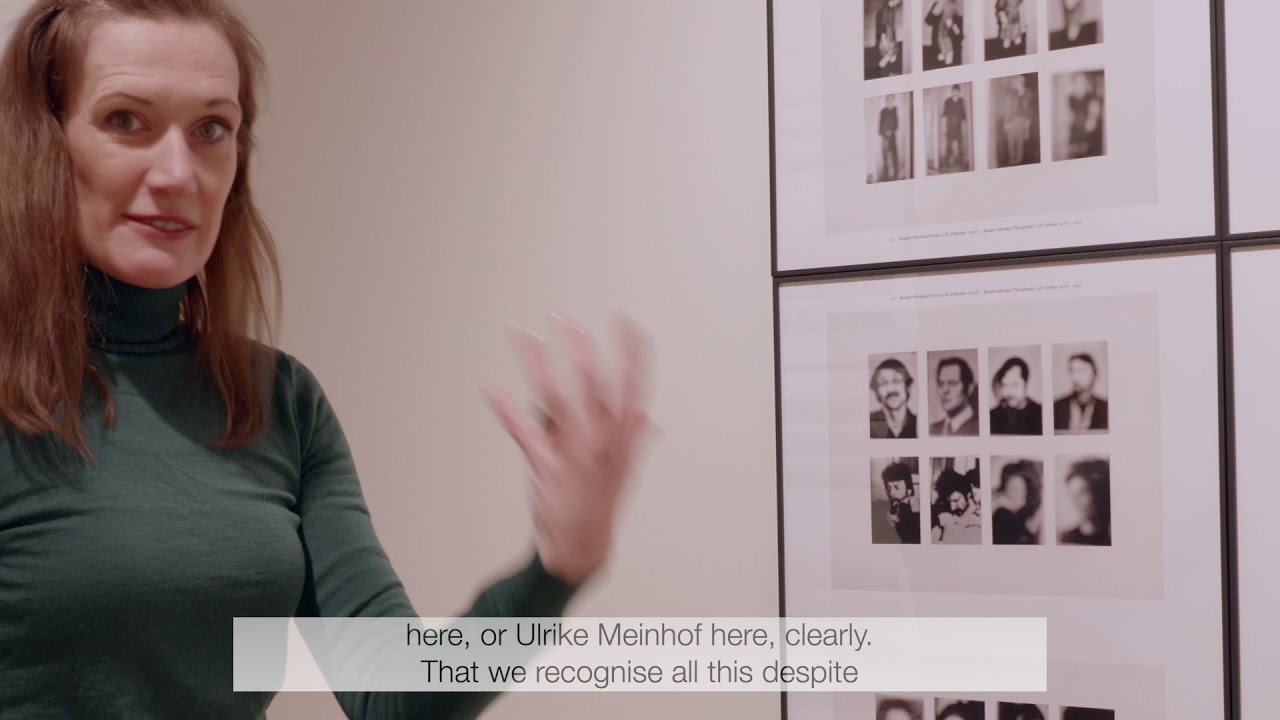 In this Art Break, Dr. Evelyn Wöldicke gives you background information on the panels gathered at the Altas, which deal with the RAF theme ten years after the „German Autumn“. The resulting paintings sparked a heated debate in Germany at the time and are now in the Museum of Modern Art in New York.